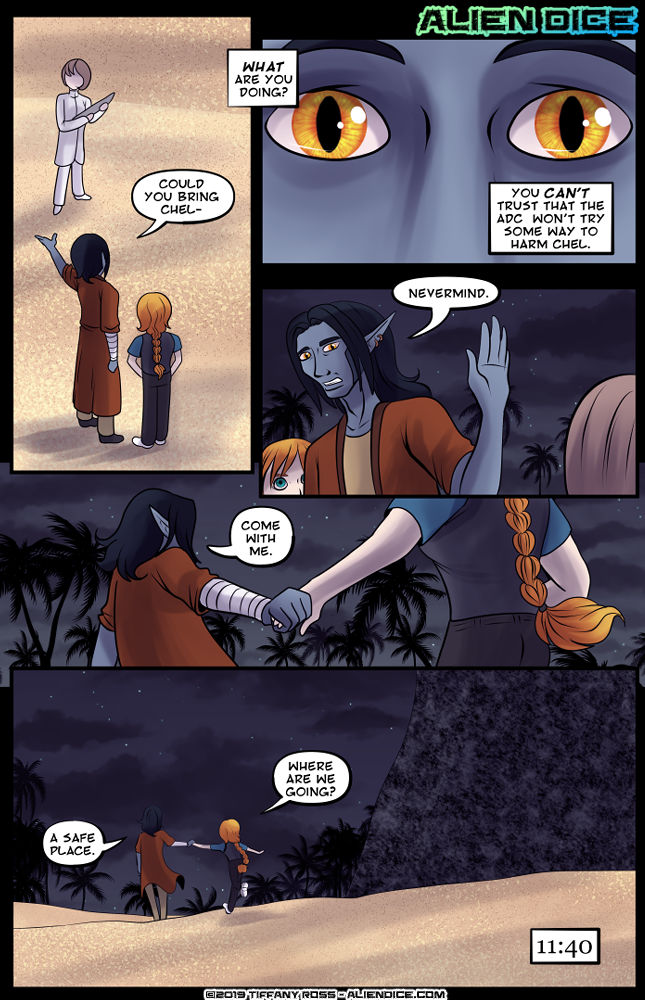 I will take Serenity and one of Kade’s gifts.  Lexx made the decision.  One of each would be the most balanced choice.  There was a possibility the next battle wouldn’t be an actual battle.  But the closer he got to the end, the more likely there would be serious fighting.

“Maybe you should get some sleep while you can, Lexx.”  Chel called out to him as she joined him closer to the partiers.  They were so involved in eating, drinking, and talking about Lexx that they didn’t see him watching from the shadows.  Lexx turned to say something to Chel only to find her covering her mouth in a huge yawn.

“Maybe you should do the same?”  Lexx smiled in amusement.

Lexx walked a little closer to the partiers and Chel jogged to his side.  A server walked nearby and Lexx waved her over.  She tray she was carrying was empty.

“Could you bring Chel-”  Lexx called out, intending to have the server bring Chel a drink to help wake her up.  Then a thought stabbed through his mind.  What are you doing?  You can’t trust that the ADC won’t try some way to harm Chel.  Lexx waved the server away.  “Never mind.”  The girl stared at him for a moment with a perplexed look on her face.  Then she turned and went on her way to get a fresh tray of food or drinks to offer to the island guests.

“Come with me.”  Lexx grabbed Chel’s hand and pulled her in the opposite direction of the party goers and back down the beach.  He hoped Keith wouldn’t notice them as they trudged to the sand.

“Where are we going?”  Chel tried to keep up but ended up being pulled more than staying on her own two feet as they crossed the sand.

“A safe place.”  Lexx slowed down to keep Chel from falling.